My father has Alzheimer’s.

I’ve not quite gotten used to this fact, although nowadays it occupies most of my waking moments. I’ve never gotten used to the sympathetic facial expressions or the semi-intrusive gestures of affection that people bestow upon me when I bring this fact up. It’s not that I don’t appreciate it, but I’ve steeled myself. I battened down the hatches four years ago, when we found out. I battened them down again when he was diagnosed with Lewy Body Disease earlier this year, after watching yet another set of memories and adult skills slip down the rabbit hole. Yet, we maintain.

That’s what we do; it’s how we get through the day to day. We maintain. We maintain the medication. We maintain the doctor appointments. We maintain his schedule at adult daycare. We maintain the schedule in which my parents stay at my house several nights a week so my mother can relax. She never gets a moment of respite herself as his primary caregiver; so, the least I can do is offer a decadent meal and a solid eight hours of sleep because there are other people in the house who can watch my father. We maintain that tight lock down of our own needs and emotions because that way we can focus on the ever-shifting flow of needs. One day he can speak; one day he can’t. One day he makes a joke that has me doubled over in fits of laughter and the next day he can’t remember that I’m his daughter. The only constant is decline. And love. That’s the other constant.

I also have a daughter and grandson who live at home with me. As my grandson grows, my father declines. There are some days they are on comparable levels of cognizance and squabble like children on the playground. My daughter is going to school four nights a week in which I have to take over Mommy duties and, frankly, I’m just tired. I need a two year nap, a bottle of 12 year old scotch and a shelf of books lining the walls of a tastefully decorated she-beast cave.

Have I mentioned that I am 46? And I work full time.

I can’t remember the last time I saw the gym. The last time I went out for fun was meeting an old, dear friend back in July. I can’t remember the last time I didn’t feel some sense of sadness at some point in my day. It doesn’t get better and our lives revolve around my father’s good days and bad. It used to be that the bad days were scattered to a once every few months. He was forgetful, but always cheerful and kind; we were confident that we could do this until the end of time. But Alzheimer’s disease is a cruel master and it ruins the lives of its victim with a steady and relentless pace. Quickly, he had to surrender his license. He drove for over fifty years without ever having a moving violation. His temper grew short.

My parents, who lived in North Carolina at the time, moved closer so I could help them. Working full time limits my ability to drive to them, so they come to my home, where I can at least provide a haven of sorts. We’ve been doing this week in/week out until one day blurs into the next and it’s hard to remember any distinction between them with the exception of what we wore or ate. And the one who has little to no emotional wear because of this - is my father.

Everything is being carefully juggled in precise movements, exacting in time and space and the minutiae; which is measured by the steady ticking pace of decline. It’s what keeps us focused on living in the moment because the moments are all we’ve got. That, and each other, but the tight grip on our emotions don’t allow us to explore that too deeply of late.

I’ve needed an ugly cry for about two years, and that’s a kind estimate. I’ve questioned my own sanity and emotional depth many a time through this process.

That is until the other day. My husband was away on business. My daughter was at her class. We’d finished dinner and my mother was giving my grandson a bath in order to help me out. I was clearing the table for dinner. My father always tries to help. He always tries to be a part of whatever we’re doing and we try to include him whenever we can. He’s a proud man and self-sufficiency was his hallmark. I walked into the kitchen with an armful of plates and saw him standing at the sink. He was trying to wash the dishes. There was neither soap nor water; just a dry cloth and a plate which he put down on the counter and nodded to me that I could dry it. He was in routine, pantomiming out what we had done a thousand times with him as I grew up. Some of our most philosophical conversations took place while doing the dishes. He patted the counter, clearly looking for something and then picked up a knife. He looked at me apologetically as he rubbed the dry dish cloth repeatedly over a knife. I laid my hand on the kitchen counter to steady myself as a I watched his trembling hand trying to master the most basic of tasks. No water. No soap. I gently took the knife out of his hand and patted him on the arm. “Let’s load up the dishwasher. Okay? You’re better at that than I am.” He smiled vaguely and I detected a hint of silent rebuke. I wondered if he knew I was lying. I’ll probably never know.

It’s funny how reality confronts you. I’ve bulled through all of this, at times blindly, not taking note of the details of the decline. For whatever reason, my father not knowing how to wash a plate hit me with brute force, forcing me to acknowledge where we are in the progress of his illness. We are nearing the point that I don’t know him; nor does he know me.

I slept fitfully and woke up around 3am only to stare at the darkened ceiling. The next morning, I woke and started my day. I made coffee and showered and while wrapped in my towel I made the bed, my foot slipped on the stack of papers. My body shifted as my leg went out from underneath me and I fell face first onto the bed. There was a sensation of free fall, of letting go……

And at last I cried. All before heading off to work.

I’m 46. And a daughter. And a mom. And a grandmother. And a wife. And a full time employee. And honestly - I’m tired. 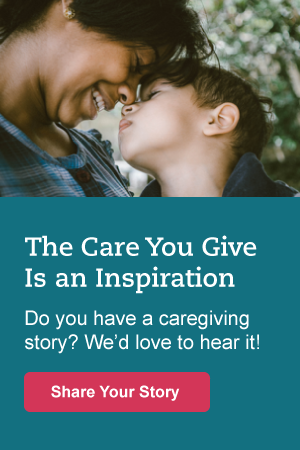 We are happy to answer any questions. Please fill out the form to learn more about Torchlight. We will be in touch shortly.

It's a $38.2 billion employer problem. Employees don't leave their life at the door when they arrive at work. Sometimes they are at their worst when you need them at their best.

How do you support your employees?